In this guide, we’ll cover everything you need to know about the Golden Shadows Trek in Paracas. In particular, we’ll talk about tour options, the expected itinerary and the possibility of hiking independently. Also, we’ll cover other great things to do in the Paracas National Reserve and other awesome tours you can do in Paracas, Ica.

We hope you find this guide useful. For other incredible lesser-known hikes in Peru, check out our guides on the Choquequiro, Huchuy Qosqo, Four Lagunas and Laguna Shallap treks (coming soon).

The Golden Shadows Trek in Paracas is a brilliant coastal walk. By doing this hike, you’ll get to explore an untouched area of Paracas National Reserve. All the while, near the end of the trek, you’ll enjoy, what has to be, the best sunset in Paracas. So, if you’re liking the sounds of an awesome Paracas sunset, you’ll certainly want to join a Golden Shadows Trek tour. Certainly, joining a tour is the easiest and most convenient way to do this hike.

To join a Golden Shadows Trek Paracas tour, you basically have two options. You can book tickets in person when you arrive in Paracas or book in advance online. Personally, Beck and I booked in person at Paracas es Aventura, around midday of the day of the tour. Tickets were $26USD/person. Their office is located next to Restaurant Paracas. It’s also possible to book the tour specifically with Paracas es Aventura online. However, the booking system sometimes won’t allow you to book the tour the day of. So, you’d need to book online at least the day before you intend on doing the Golden Shadows Trek.

If you want to book the Golden Shadows Trek in Paracas with a well-known and reputable online travel agency, then look no further than Viator. They offer the Golden Shadows Trek Paracas tour for $35USD/person. Sure, booking this way is a bit pricier. But, booking this tour on Viator gives you a better free cancellation policy. You’ll get a full refund if you cancel up to 24 hours in advance. If you book with Paracas es Aventura, you’d need to cancel before 6pm (Peru time), up to 48 hours in advance. And, you’d still have to pay a 10% administration fee.

Because it’s a sunset walk, Golden Shadow Trek tours generally leave Paracas at around 3:30pm. During the approx. 45-minute drive to the trailhead, you’ll pass the Paracas National Reserve ticket office. Here, you’ll pay the entrance fee – S/11 per person ($3USD per person). After entering Paracas National Reserve, you’ll briefly stop at Mirador Salinas de Otuma to observe the impressive salt lake. Not far away, you’ll arrive at the trailhead to begin the Golden Shadows Trek at around 4:30pm.

The hike takes around 1.5 hours. The trail starts at Playa Playon and finishes at Playa Mendieta at around 5:45–6:15pm. This perfectly times with an incredible Paracas sunset. Then, you’ll jump back in the van, and arrive back in Paracas at around 6:45–7pm.

What’s Included and Not Included?

Included: roundtrip transportation from Paracas and a guide

Starting at Playa Playon, you’ll have a long stretch of pebble beach to enjoy. From the get-go, we experienced high-speed winds, which is very typical of visiting Paracas National Reserve around sunset. So, don’t forget your windproof jacket! Soon enough, you’ll head south, passing some small fisherman huts. The trail then gradually rises up a small hill, revealing mindblowing views of the Paracas National Reserve coastline.

From here, the soft sand gives way to a firmer rocky terrain. The trail then undulates as you follow the coast. You’ll find amazingly rugged cliff formations carved by nature over many years. Set against the golden-brown jagged cliff walls, the aqua blue ocean looks absolutely incredible. Indeed, there’s no need to rush or speed hike during the Golden Shadows Trek.

What’s speed hiking? It’s hiking at a cracking pace for any reason of your choice. Maybe you’re speed hiking for a workout, or, to fit in multiple trails in a day. Find out more about speed hiking here.

The further you wander along the coastline, the more immense the coastal scenery becomes. Especially, as time ticks away, the sky brings new colours and hues. Yep, it must be getting awfully close to an epic Paracas sunset.

At Playa Mendieta, you’ll enjoy a belter of a Paracas sunset. The sky genuinely erupts, producing otherworldy pinks, yellows, purples and oranges. As you walk along the golden desert-type terrain of Paracas National Park, you’ll literally be exploring in the golden shadows as the sun sets. We certainly think the name of the trek is appropriate!

Around Playa Mendieta, you’ll find many rock pools, each mirroring the epic colours of the sunset. It’s hard to tear away from the immense Paracas sunset. But, as they say, all good things come to an end. So, after witnessing the best sunset in Paracas, you’ll have completed the Golden Shadows Trek! Now, it’s time to jump back in the van and head back to Paracas!

The Golden Shadows Trek is one of the must-do Paracas tours. Not only will you get to explore the magnificent Paracas National Reserve; but, you’ll experience an amazing sunset. To that end, Peru doesn’t have tonnes in the way of coastal walks. So, take advantage and give the Golden Shadows Trek in Paracas a crack!

How to Get to Paracas National Reserve

To see Paracas National Reserve in Peru, you’ll, of course, need to get to Paracas. Most tourists will visit Paracas from Lima, Huacachina, Nazca or Arequipa. There isn’t an airport in Paracas. So, you’ll likely be getting a bus. Let’s go through the common bus routes to Paracas.

To do the Golden Shadows Trek, you’ll have found yourself in the gorgeous town of Paracas. The Peruvian port town is actually a district, falling under the Pisco province in the department of Ica. Paracas has pleasant warm weather all year round, only spoilt by the typically strong winds.

Admittedly, most tourists don’t visit Paracas for the Golden Shadows Trek. Rather, tourists visit Paracas to explore the islands, Paracas peninsula and other areas of the national park.

Other Things to Do in Paracas Peru

There are many awesome day trips and day tours that you can do from Paracas. Essentially, Paracas is the gateway to the stunning Bastellas Islands and, of course, the Paracas National Reserve. When visiting Paracas, most tourists will stay for a day or two to check out these spectacular natural places. The easiest way to explore the natural highlights of Paracas is to take tours. Let’s look at the best Paracas tours below.

Where to Stay: Paracas Hotels

To do the Golden Shadows Trek in Paracas, you’ll probably need a place to stay. Here are the best places to stay in Paracas!

Here are the most commonly asked questions about the Golden Shadows Trek in Paracas National Reserve.

What is the Trek Difficulty?

Easy – this is a leisurely sunset stroll. There are only some minor elevations. If anything, it’s the strong winds, which make the trek a little tougher.

How Long Does the Golden Shadows Trek Tour Go For?

Is it Possible to Do the Golden Shadows Trek Independently?

Yes, it’s possible. But, probably not worth it. You could get a taxi to Paracas National Reserve. But, only a 4×4, van, quad bike or high-clearance vehicle can get you to the official trailhead at Playa Playon. Alternatively, you could start the walk from the roadside to Playa Playon. From there, you could walk the route shown above, and then get your taxi driver to meet you at Playa Mendieta. Or, you could walk a loop, returning via the road to meet the driver at the point they initially dropped you off. Either way, you’re going to have to cough up money to hire a taxi driver for a few hours. So, you may as well just do the Golden Shadows Trek Paracas tour.

Is the Golden Shadows Trek Worth It?

An astounding yes! If you find yourself in Paracas, you can’t miss this sensational sunset!

What to Wear and Pack

When doing the Golden Shadows Trek in Paracas National Reserve, you should also take water, snacks, sunglasses, sunscreen and a hat.

For a more complete gear list, read our 66 Travel Accessories That You Must Travel With. Or, for a general summary of everything you’d need for a backpacking trip in Peru, check out our Ultimate Packing Checklist. 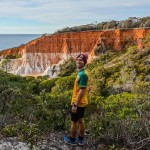 The Pink Caves, also known as the Cotton Candy Caves, are a beautiful set of sea caves located near Sydney on the Central Coast of New South Wales (NSW). Of...

Santa Cruz Trek Peru: How to Hike Independently in 3 Days

The Santa Cruz Trek is easily one of the best multi-day hikes in Peru and even in the whole of South America. Trekking Santa Cruz, should be prioritised on your...

One of the most beautiful mountain ranges in all of Peru has to be Ausangate. Its grand snow-capped peaks protrude proudly from the surrounding punas, fringed by many a beautiful... 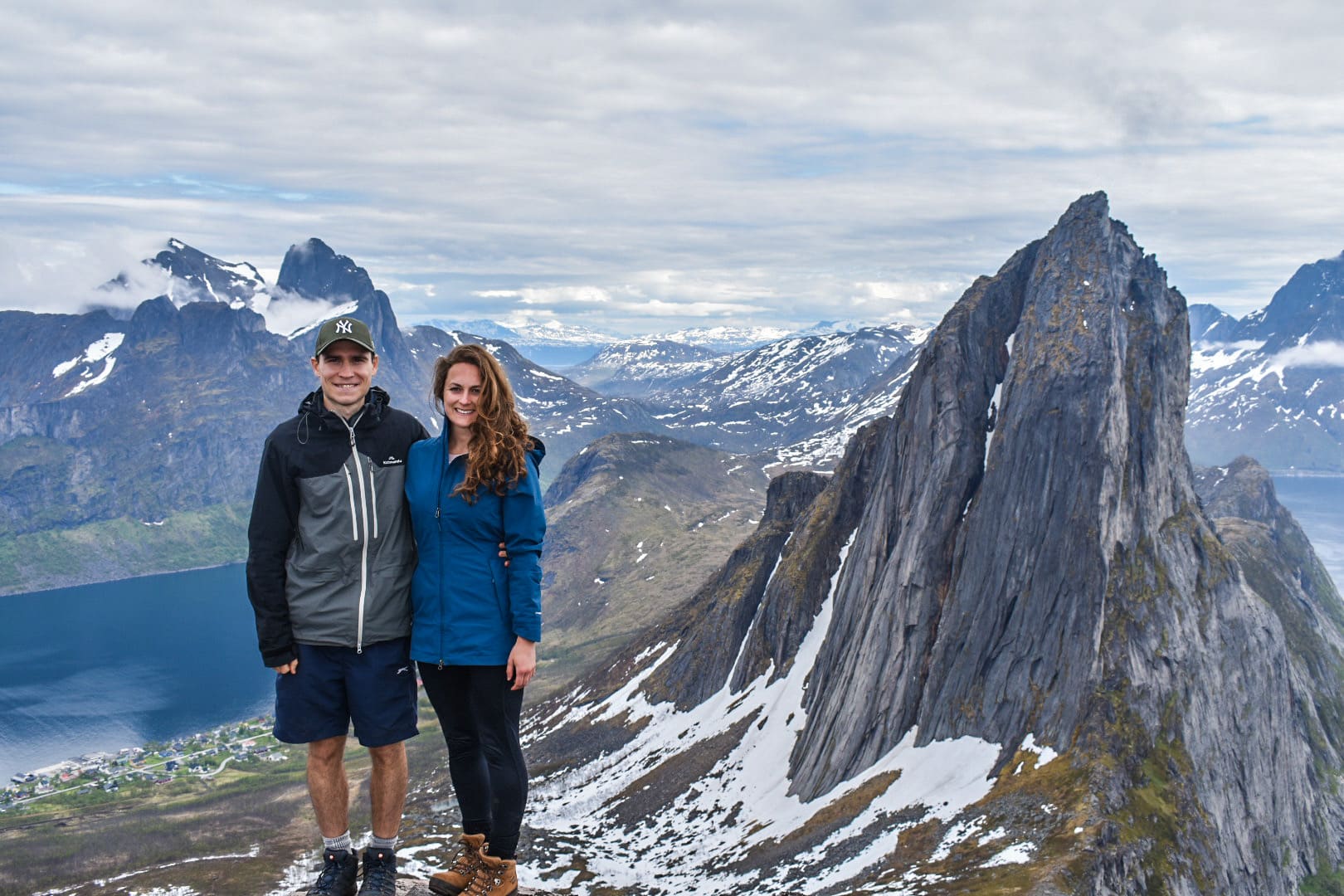 How to Find the Pink Caves on the Central Coast (NOW CLOSED)
The Pink Caves Close Due to Deaths: Here’s What Happened
How to Join the Wonderful World of Speed Hiking